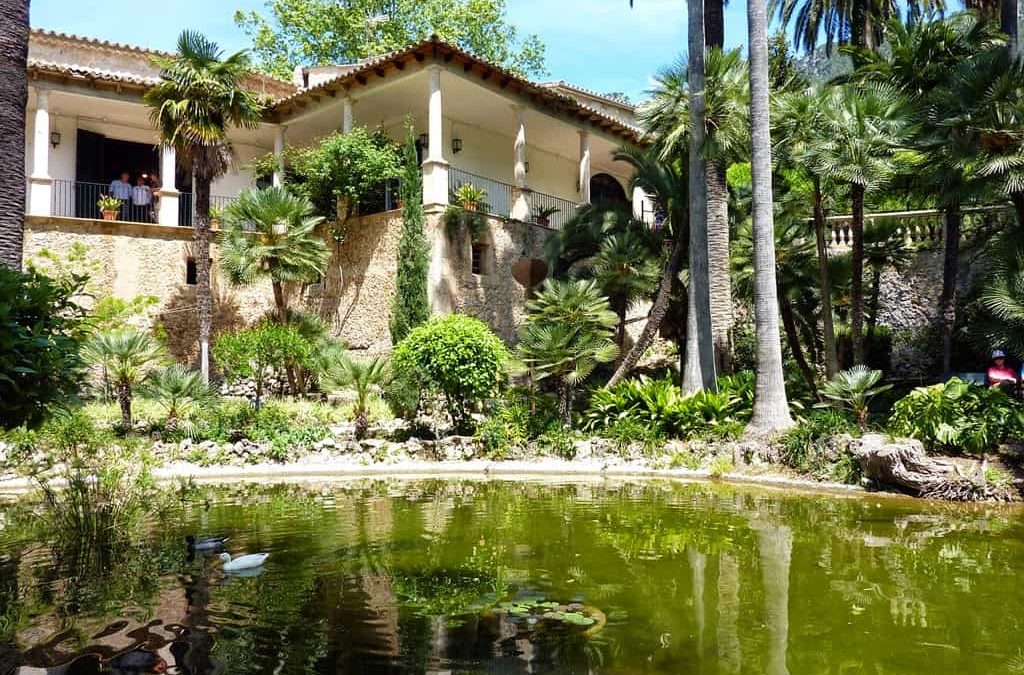 Surprising from outside & captivating inside.

The Alfabia Gardens are a particularly peaceful site consisting of a historical house, picturesque grounds and an orchard in the heart of the Tramuntana Mountains.

The estate was originally owned by the island’s Moorish viceroy and is mentioned in literature dating back to the 12th century.

“The entrance to the Alfabia estate is sumptuous, but the exit on the other side is wonderful. Entering the house, which is regular sized, crossing its main rooms which run along and look out over the gallery that extends around the grounds, means being absorbed and suspended between the most varied and beautiful scenery that the human imagination could dream up”.